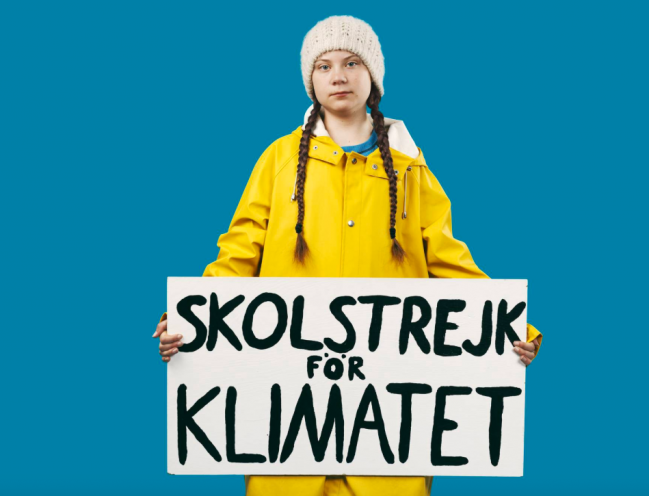 Love it or hate, a 16-year Swedish old girl took the world by surprise with her message. But to what end and have we actually gone too far with this issue? Perhaps the media is talking about this more than it should. Or we’re just unaware of the impact of one so young. Let’s find out more.

On September 20, Businessinsider journalists described an estimated 4 million people in 161 countries who took to the streets in the largest climate change demonstration in history.

At the helm of this, CNET tells us that at the Global Climate Strike was 16-year-old Greta, who has entered the global spotlight over the last year as the leader of a youth movement that’s pushing governments and corporations to address the climate crisis.

And despite all this… what has been achieved?

It’s been only a year since Greta Thurnberg became the face of climate-change activism. It started out with a simple message that seemed to have inspired thousands and later millions across the globe.

There have been numerous climate strikes. Inspiring speeches that circled the internet, thousands of comments, and concerned world leadership. people praised or detested her message and persona. Some wealthy philanthropists and investors from the United States have donated millions of dollars to the cause. How much was it really? Guardian tells us that almost half a million pounds to support Extinction Rebellion and school strike groups to establish the Climate Emergency Fund.

But despite all these minor successes and inspirations… nothing specific has been achieved. And the problem lies within the message of what is now called the “Greta Thunberg Effect.” It is an emotional charge, solidified by the belief that rage and cries would change the world. It bears the notion that protests and complaints would eventually bring forth the change that people yearn for. And that our world will be eventually saved from greedy corporations who exploit the world’s resources.

This will simply not work to its full effect. And the protests will gradually quiet down and the message is forgotten.

Who manages Greta’s and why?

The 17 year does not manage everything by herself. There is an entire team at her disposal using her in order to spread their message and influence.

If you type, Greta Thunberg into Facebook search, you can see that there is a gentleman by the name of Adarsh who is the account manager.

Furthermore, as mentioned by Climate Change Dispatch, PR consultant Ingmar Rentzhog’s “We Don’t Have Time climate change” PR agency used Miss Thunberg’s image to gain funds for his firm. These allegations have been denied by the Thunberg family.

It was also revealed earlier this year that Greta’s school strike coincided with the launch of a book about climate change written by her mother, a well-known opera singer, according to Swiss magazine Die Weltwoche. The net profit of these publications is not available.

So whether the decisions or actions are her own… it is highly questionable, if unlikely!

There has also been a lot of controversies

“She’s an idiot,” Clarkson said in an interview with the Sun editor Stuart Pink. “Going around saying we’re all going to die, that’s not going to solve anything, my dear.”

It is understandable and noble what this 17-year-old girl is trying to do. We sympathize with her concerns about climate change and agree that the blame is engraved within the world’s most powerful corporations.

However, since her rise to quick fame, everyone must be careful not to be led astray by people who are a part of the problem. And it appears that this may be happening. Many of the powerful politicians that you see with her, smiling and taking photographs, are deeply involved with many of the industries.

Many of the policies advocated by Greta are also misguided. According to Anonymous News, heavy carbon taxes will not have much of an effect on the fossil fuel industry, aside from making their cost of doing business a little bit higher.

The problem is wanting transition without a solution

Assuming that we will raise carbon taxes one day. The average person driving their car will be the ones who will end up paying the real cost. Why? Because it is highly probable that corporations could make even more money under a model like this where they raise prices.

Simply throwing money at a problem is not a feasible solution. Imagine if billions of dollars are funneled into government coffers as the result of some type of New Green Deal. What happens next? There doesn’t seem to be any plan for what actually happens to the money, and when plans are actually offered. They normally fall short or end up in someone’s pocket.

Ten tips to improve your Linkedin Profile in 2022

How People are Maximizing their TikTok Profits

How to Make Money as a Twitch Affiliate?

How to Make Money as an Artist?