Most of us are probably familiar with all the nonsensical user-generated content provided on one of the world’s biggest social platforms. And we love it! Some of us even spend hours every week on it whenever boredom or some free time is available.

How did 9GAG become so popular?

Launched on the 1st of July, 2008, 9GAG took the world by surprise. When it started out as a side project by 5 university students from Hong Kong, one of whom (Ray Chan, a Hong Kong businessman,) is now its current CEO.

Allowing user-generated content to be shared from external social media websites, quickly took off. And it was all thanks to targeting the right audience the right way. Using humor, amusement, and banter. 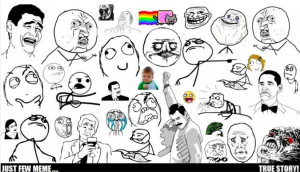 It was without the slightest doubt that in less than a decade, 9GAG is running a global entertainment giant. By April 2018, 9GAG was one of the most popular platforms on the internet, drawing 150 million users a month according to CNN.

But the real popularity started to take off because of how relatable they were and easy to understand for the younger generations who in the beginning used depression memes to better express themselves. This growing audience helped funnel the growth of the platform.

The first-ever post on 9GAG on the 1st of July 2008. It was the beginning of its launch. Only a few people believed it would have such an impact on our daily lives. But this side project took the world by surprise. 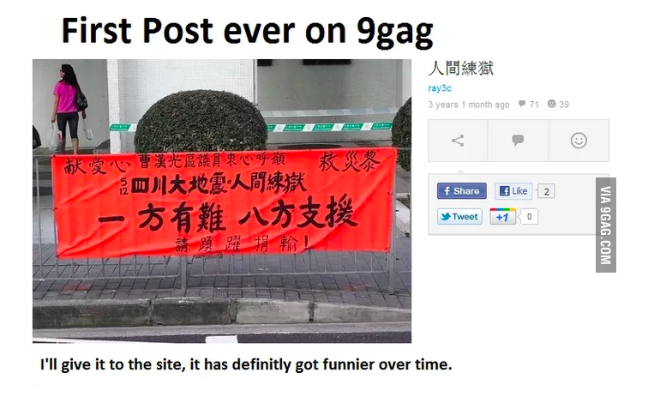 According to SimilarWeb, it is the second most visited “Arts and Entertainment ” website in the world after Fanfiction.net. However, with its current pace, it will probably outgrow it. Since 9GAG gives a lot of independence for people to upload their content, it has already built a sort of community and loyal base.

This can be observed when looking through the comment sections or several profiles. We can see that people follow memes and certain trends. And they tend to be up to date with the specific humor or stories that are posted. 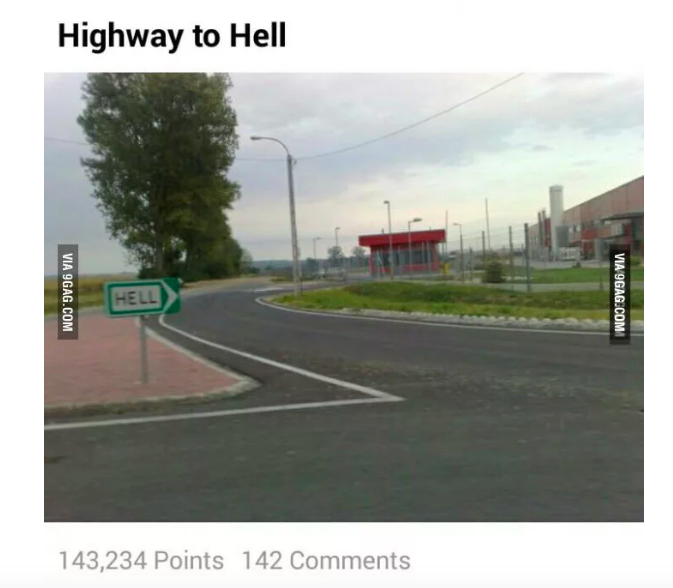 Highway to Hell was the most upvoted post in the world is a sign with a reference to AC/DC’s Highway to Hell. Ever since then, there has been no recorded image, GIF, or video that had received more upvotes. Some time ago, 9GAG used to have a ranking on the most voted list, but before it was removed, the most voted post used to be the one you can see above. It was uploaded on the 15th of September 2012.

Of course, it’s an old post, and right before they took down the section, a post like this one was in the first place: The day I feared the most has come.

Of course, the source of 9GAG’s success, Memes, did not originally emerge through the app. It existed throughout time and the term was coined in 1976 by no other than an evolutionary biologist, Richard Dawkins in his book The Selfish Gene. Originally it was an attempt to explain the way cultural information spreads. However, the concept of the Internet meme was first proposed by Mike Godwin in the June 1993 issue of Wired.

Rise and Success of the Company 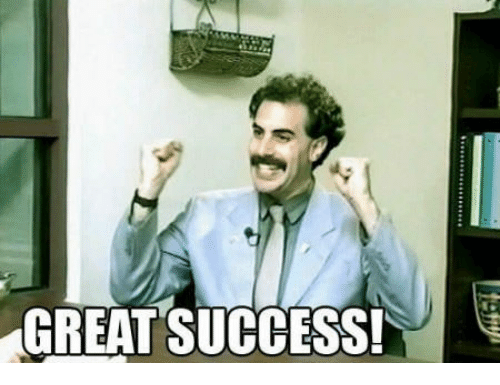 However, true success came knocking on the door in 2012 when they managed to raise $2.8 million from a Silicon Valley venture capital. That same year, 9GAG launched mobile applications on Android and iOS, which provided users with streamlined versions of the website, as well as the ability to send messages to other users.

It is difficult to estimate the current value of the website and its revenue. Some speculations say its yearly revenue was $69,335,280 in June 2019. Others say it makes only 6 million dollars. Whatever the figures, their main source of revenue comes from ads thanks to their high number of daily visitors estimated to be between 12-18 million per day.

In a research article in 2014 by a linguist, Albin Wagner 446 posts have been examined. The research found on 9GAG’s main page was unsurprisingly discriminatory. Of the 446 posts, 40 (8.97%) were clearly were misogynist (57.5%), followed by cultural discrimination (25%) and homophobia (12.5%). According to Wagener, 9GAG brings people together in an international context, but through masculine and heterosexual symbolism and the devaluation of other groups.

However, some people brush it off as a page for sharing funny content. Therefore this research should not be too alarming where dark humor prevails. After all, most people only want to have a good laugh. They just have different ways of expressing or enjoying it.

And the audience who follow 9GAG knows this. And this is the reason why it is so popular. Because it has built up a loyal follower base that understands the humor and does not take it too seriously. At the end of the day, we just all want to have a bit of fun and lazy scrolling.

If you enjoy memes, there is an online store with cool home decorations, clothes, or gifts with funny and entertaining memes. 😀