As in the past, so it is now. The top 10 European universities include UK, Swiss and German institutions. However, universities from the United Kingdom take most of the top spots just as before. But what makes them so great throughout the decades?

10 best universities for Internationals in Europe 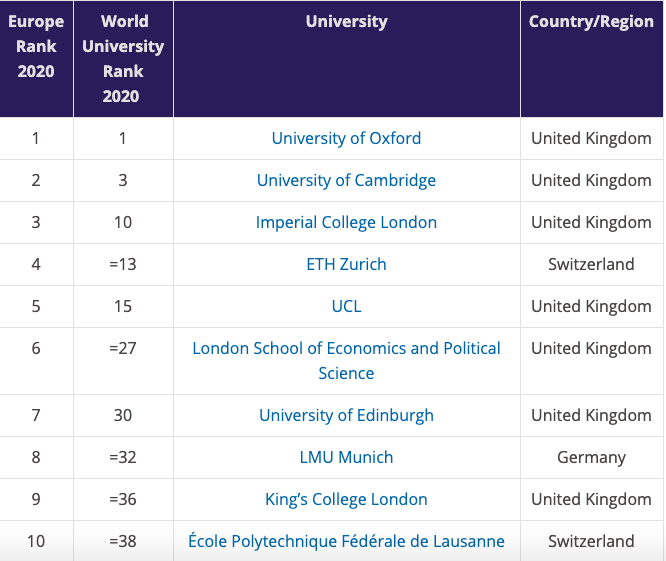 Institutions across the world are assessed on 5 factors. Their teaching environment, research environment, citations (research influence), industry income, and international outlook determine the reason why they are on the top of the list of best and also the most expensive universities. 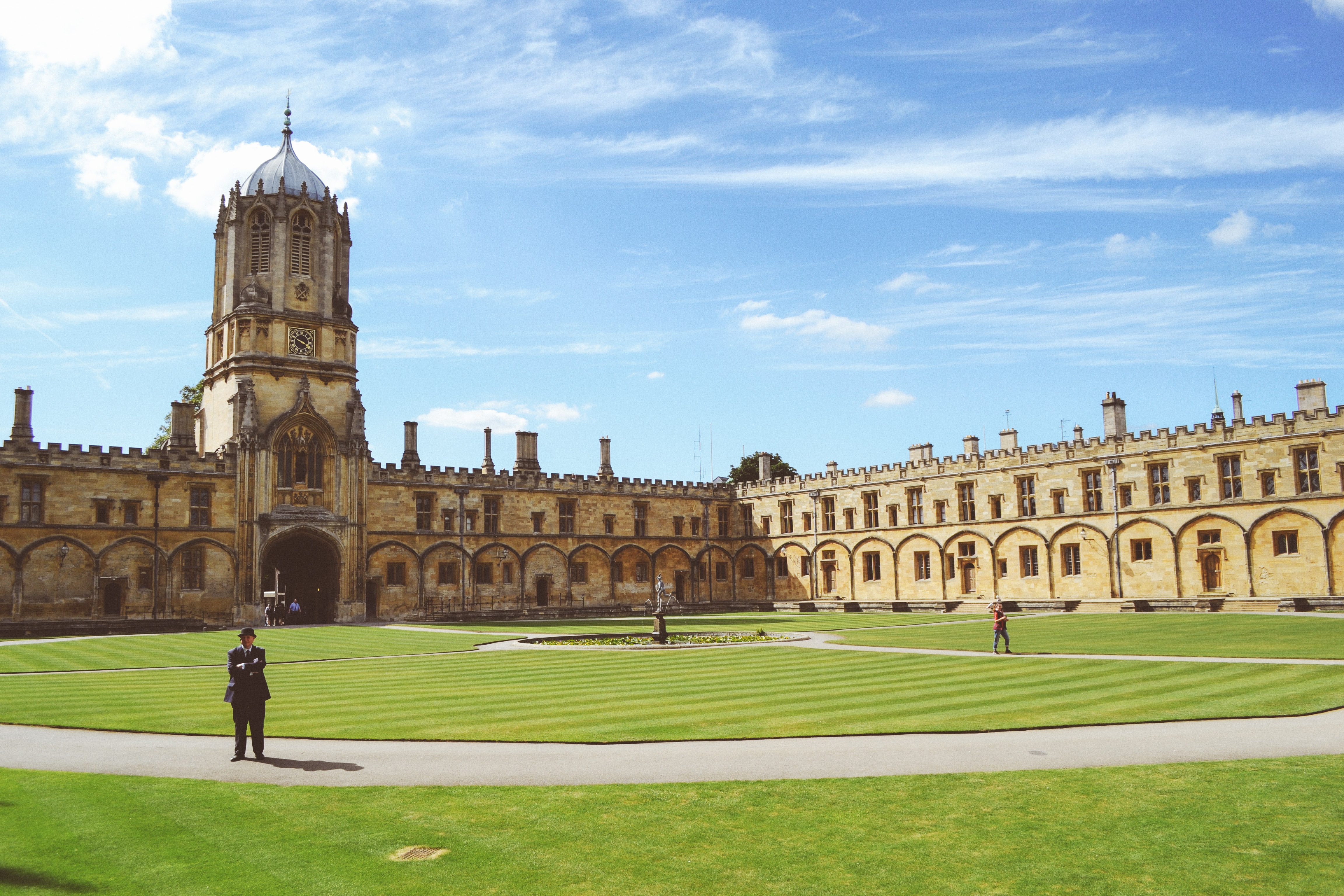 The university has educated many notable alumni. As of 2019, there has been a recorded 117 Nobel Laureates, 11 Fields Medalists, 7 Turing Award winners, and 14 British Prime Ministers who have been affiliated with Cambridge as students, alumni, faculty, or research staff.

Imperial College London is a world-class university with a mission to benefit society through excellence in science, engineering, medicine, and business. In 1907, Imperial College was established by royal charter, merging the three institutions.

The acceptance rate is at a staggering 14,3%, making it even harder to get accepted in many courses than in Oxford or Cambridge. Within the subject rankings, Imperial is ranking on the top in 5 major fields of study globally: pre-clinical and health category, physical sciences, computer science, engineering and technology, and life sciences. 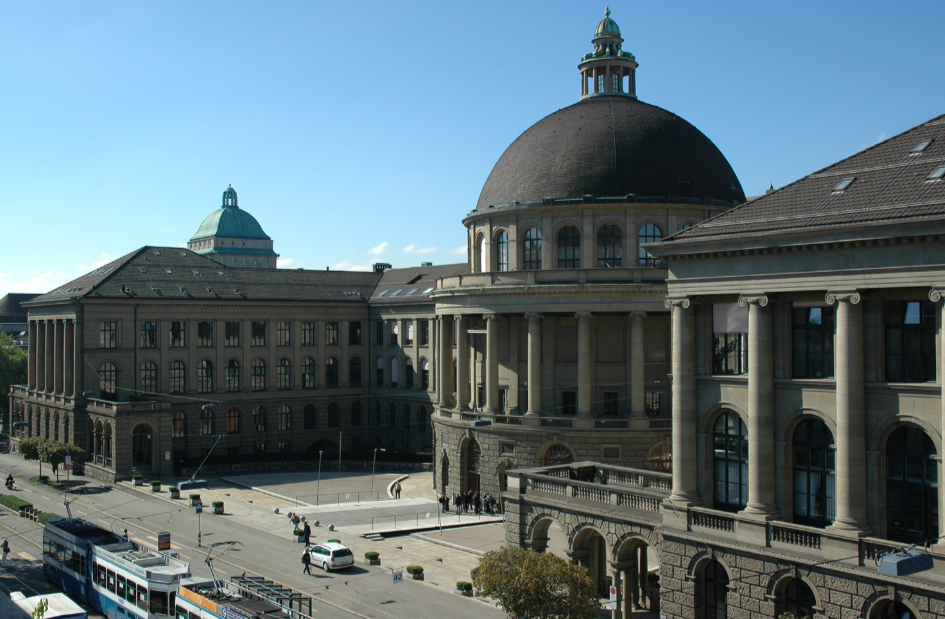 ETH Zürich is a science, technology, engineering, and mathematics university. It was founded in 1854 with the stated mission to educate engineers and scientists, serve as a national center of excellence in science and technology, and provide a hub for interaction between the scientific community and industry.

Admittance is not as tough on local or foreign students in comparison with the UK. But after the first year of study, bachelor students must pass a block examination of all courses taken in the first year, called the Basisprüfung.

This is where it gets tough because if the average score is not sufficient, a student is required to retake the whole first year. About 50% of the students fail the Basisprüfung on the first try and many of them choose to drop out of the course instead of repeating it.

UCL is the third-largest university in the United Kingdom by total enrolment and the largest by postgraduate enrolment. Established in 1836, UCL makes the contested claims of being the third-oldest university in England and the first to admit women and ignore applicants’ religious views from the 19th century. Admission to UCL is highly selective making it the 9th highest in the country and 3rd in London. If you want to know how difficult that is, the acceptance rate for a course in Politics and Economics Bsc is 30:1 ratio. (Nearly 3% get accepted in this course.)

The London School of Economics is a public research university located in London, England, and a member institution of the federal University of London. The LSE has more than 11,000 students and 3,300 staff, just under seventy percent of whom come from outside the UK. 155 nationalities are represented amongst LSE’s student body and the school has the second-highest percentage of international students (70%) of all world universities. The acceptance rate is once again a competitive 8,9% in 2016, with a tuition fee of 9250 pounds for nationals and around 18000 pounds for students outside of the EU or EEA region.

Founded in 1582, it is the sixth oldest university in the English-speaking world and one of Scotland’s ancient universities. The university played an important role in leading Edinburgh to its reputation as a chief intellectual center and helped give the city the nickname of the Athens of the North. The University of Edinburgh had the 14th highest average entry qualification for undergraduates among UK universities as of 2018.

The number of places available for Scottish and EU students is capped by the Scottish Government. (This is because students do not have to pay tuition fees, hurray!)

Applicants from the UK and outside of the European Union have a higher likelihood of an offer.

The University of Munich is Germany’s sixth-oldest university in continuous operation, Originally established in Ingolstadt in 1472. LMU has been considered for a long time as one of Germany’s as well as one of Europe’s most prestigious universities; with 42 Nobel laureates as of 2017. The admission fees for the university is 0. That’s right, it’s not a typo. It is completely free for all, making it a tough place to enter. 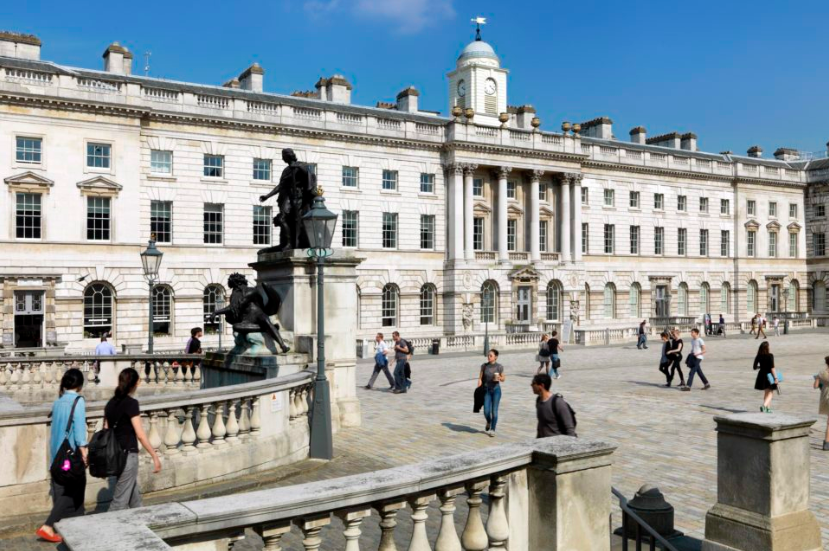 Now we are back in the UK again. King’s College London is a public research university located in London, United Kingdom. It is the founding college and member institution of the federal University of London. King’s was established in 1829 by King George IV and Arthur Wellesley, 1st Duke of Wellington, claiming to be the fourth oldest in England. The acceptance rate in 2017 has been around 13% on average with tuition fees reaching 9000 pounds for nationals and 18000 pounds for non-EU or EEA citizens.

Ecole Polytechnique or commonly known as the Swiss Federal Institute of Technology Lausanne in English is a research institute and university in Lausanne, Switzerland. It specializes in natural sciences and engineering. Tuition fees are around 1,266 CHF for locals and internationals will meet similar prices.