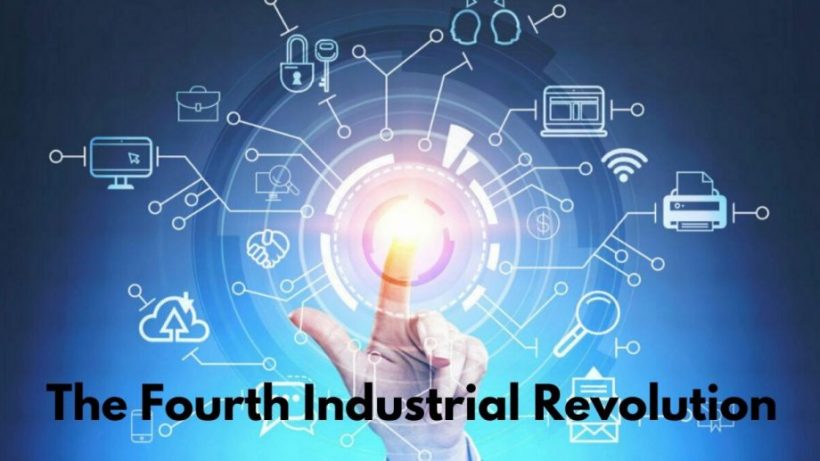 The 4th Industrial Revolution and its many ScenariosThe emerging Social Credit System, the invasion of online private data, a dystopian future controlled by AI or automatization leading to millions of job losses. Could this be our future? Well…not entirely

What is the 4th Industrial Revolution?

Every Industrial Revolution has called for radical changes in our thoughts and actions throughout history. Society, economy, and political mindset had been altered in the name of progress. Historically, industrial revolutions have always begun with greater inequality. The struggle for the working-class, followed by periods of political and institutional change was only the aftermath. Will this one be any different? 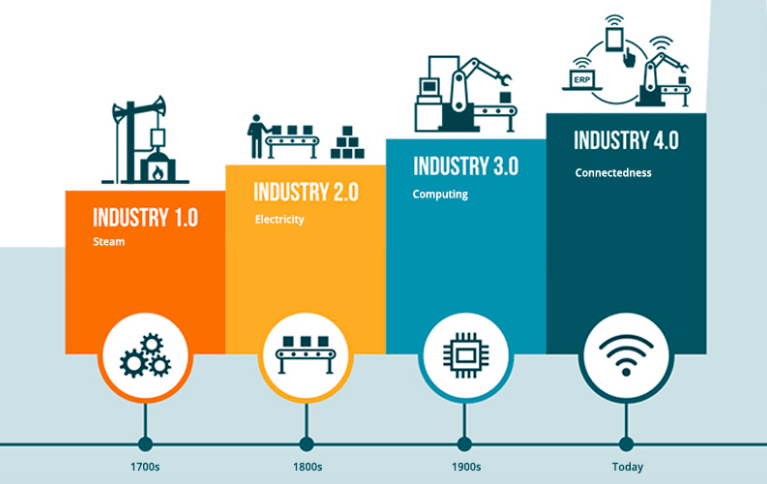 The industrial revolution that began at the beginning of the 19th century originally led to a huge polarization of wealth and power. For nearly 100 years it shaped the spread of democracy, trade unions, progressive taxation, and the development of social safety nets.

But what major impact does the 4th Industrial Revolution have on society and politics? And what are the risks?

According to the World Economic Forum, “The Fourth Industrial Revolution represents a fundamental change in the way we live, work, and relate to one another. These advances are merging the physical, digital, and biological worlds in ways that create both huge promise and potential peril.”

Artificial intelligence, automated workplaces, digital data, genome editing, virtual reality, robotics, and 3-D printing, are rapidly changing. The way humans create, exchange, and distribute value has picked up its pace. In fact, every industrial revolution sped up the pace of change faster than the one before it.

Difficulties and Opportunities in this Revolutionary Age

If we were to inspect all the pros and cons of the future, we’d see some steep escalations towards a future that we cannot fathom at the moment. Will it be a brighter future is still questionable?

Let’s look at the possible outcome. The evolvement of the 4th Industrial Revolution can be a major opportunity for big businesses in the manufacturing or service line. It could yield greater inequality in society, particularly in its potential to disrupt labor markets, especially on the low-skilled workforce.

Over the years into the future, automation will substitute for basic labor across major economies, where the net displacement of workers by machines might exacerbate the gap between returns to capital and returns to labor. 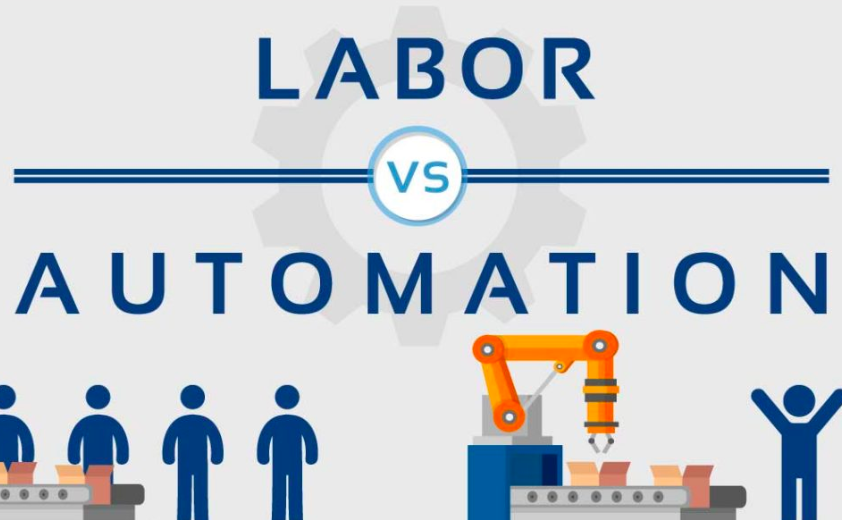 It is arguable that the displacement of workers by Artificial Intelligence will result in a net increase in safe and rewarding jobs. But as automation increases, computers and machines will replace workers across a vast spectrum of industries, from drivers to accountants and estate agents to insurance agents.

According to the Guardian, one estimates that as many as 47 percent of U.S. jobs are at risk from automation. However, production and businesses will peak. New skills will be developed as more sophisticated machines will take over many of our manual, physical and repetitive jobs. One example is the rise of E-commerce created by the financial crisis of 2007-2008 and the Retail Apocalypse according to FoxBusiness. With digitalized web-shops, physical retail stores will gradually disappear from the market as a result of high rent, maintenance, and lack of sufficient traffic.

As wages rise in many developed and developing nations, the necessity to eliminate repetitive and menial tasks may as well be on its way. And we will be a step closer towards a more skilled and labor force at the expense of losing a lot of menial jobs. This would be making unskilled workers unwanted on the job market.

By 2016, over 3.9 billion people used the Internet, three times the number in 2007. Cloud computing had entered the mainstream by the early 2010s. By 2015, tablet computers and smartphones were expected to exceed personal computers in Internet usage. Private data extraction might not seem like a big deal to the average person living a humble life.

But it plays a huge part in politics, and influencing decision-makers. According to a study by Pew Research Centre, a majority of people surveyed across different parts of the world have exclaimed concerns for the way the internet can influence politics. No wonder! 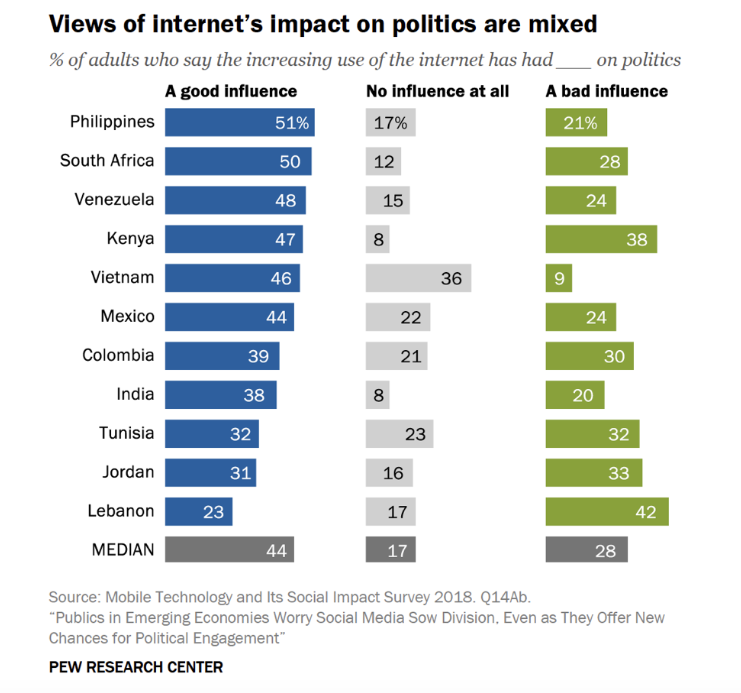 The digital revolution helped usher in a new age of information and misinformation. Reliability of data became an issue as data could easily be replicated, but not easily verified. The digital revolution made it possible to store and track facts, articles, statistics, as well as news hitherto unfeasible. Fake news, merged with social media, can be turned into a massive brainwasher especially in the world of politics. How?

Political campaigns can tap into a wealth of information or analytics about the people. Even, we at Times International can also get a glimpse at our readers through Google Analytics (although the identities of our readers remain anonymous, so no need to panic.)

But campaigners, with the support of tech companies, have the ability to go in-depth and see who is following them on social media and customize their messages based on selected demographics. A campaign may find one message appropriate for voters under 30 years old, while ineffective for people over 60. With advanced AI, corporations and politicians alike can crop out those who they wish to focus on in order to find their target market.

Of course, this is not an entirely sad story. Social media tools have allowed millions of voters to join together to petition the government and their elected officials, leveraging their numbers against the influence of powerful lobbyists and monied special interests.

The Orwellian Dystopia will remain a fiction… but parts of it may bear resemblance for our future.

There are those few who fear or suspect that the world or their nations would fall into a 1984-style dystopia. Their concerns are justified by saying that their governments are indeed prone to denote a brutal policy of draconian control. They would be adapting propaganda, surveillance, misinformation, and fake news. But while this would be fitting for an exciting sci-fi movie, it is highly unlikely that the world would spiral down such an agonizing path in reality.

Certain measures of data extraction and consistent surveillance can be observed, like the social credit system in China as mentioned by Business Insider. Apart from China, many countries have adopted a similar mindset to outline a citizen’s credibility to reward and punish them.

In Venezuela is the “carnet de la Patria.” Also in Chile, the Directory of Commercial Information (DICOM) has featured prominently in the economic life of the country. People who have poor DICOM scores find it harder to find housing, start new businesses, or get loans.

“While previous industrial revolutions happened in the so-called Western World and spiraled to other parts of the globe with a significant delay, nowadays such innovations occur in a few years, affecting the entire humanity at a much faster pace.” 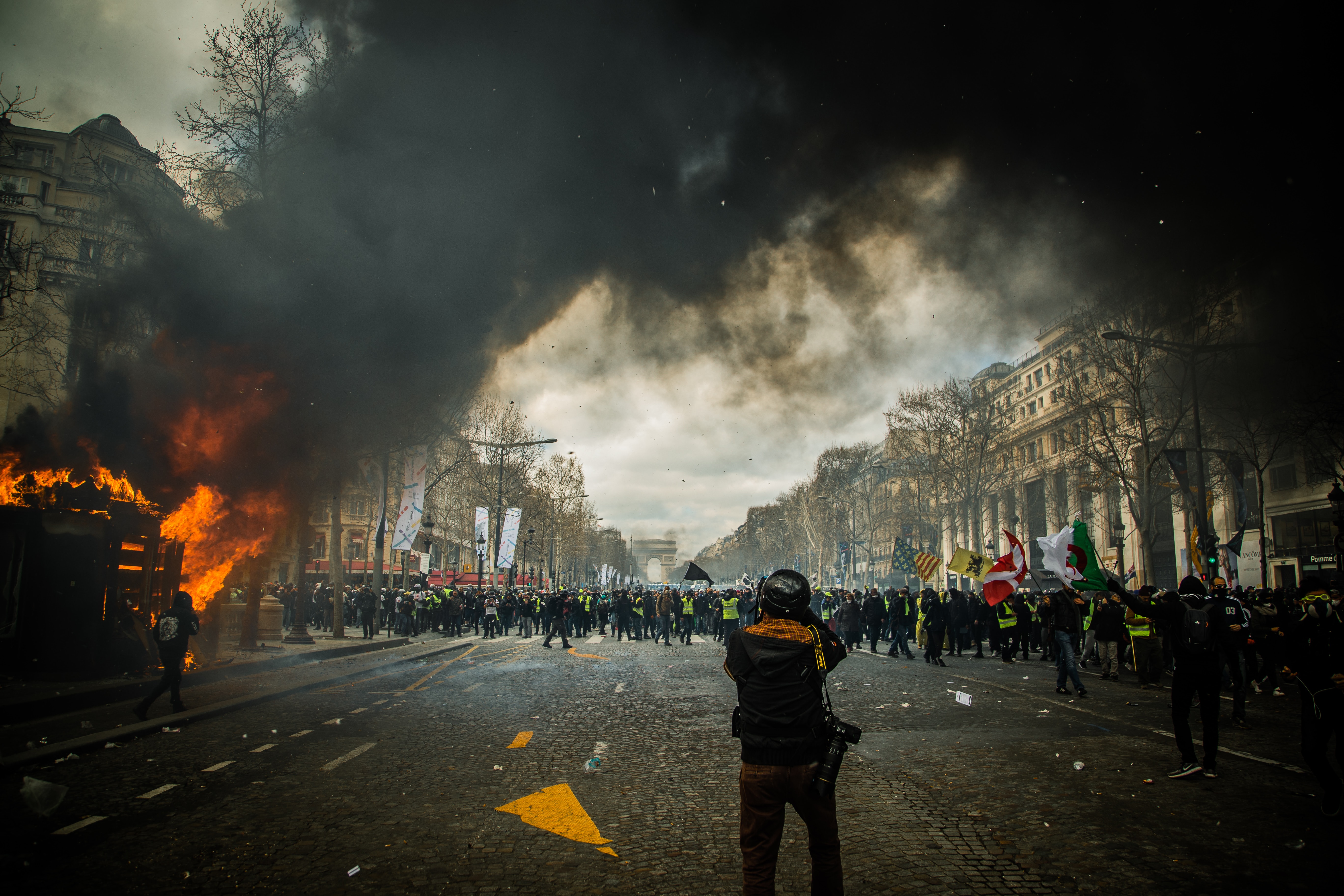 What is the Future of the 4th Industrial Revolution?

The 4th Industrial Revolution already has the technology to be integrated and change our daily lives, according to a McKinsey study published in the Wall Street Journal. It will drive higher productivity, investment, growth, improvements in quality of life, and increases in longevity and health.

On the other hand, this transition period is extremely fluid especially for mid and low-income households. Everyone needs that next pay-check for mortgage or rent, savings for personal use, or money for groceries. The technologies of the Fourth Industrial Revolution yield chronic unemployment and data control. Will it lead us to catastrophic political and social unrest?

If you enjoyed this article we publish many more on similar some of the most powerful enterprises and businesses that control our lives.

How Significant IT Skills Will Help You With Your Career

Knowing Your Rights As An Employee

What Types of Investments Should you Make?

5 Important Maintenance Tasks to Keep your Business in Ship Shape

thank you very much for spending the time to write this post.

This article is interesting

As educators, we always want students to succeed and excel, and look for ways to encourage that growth.